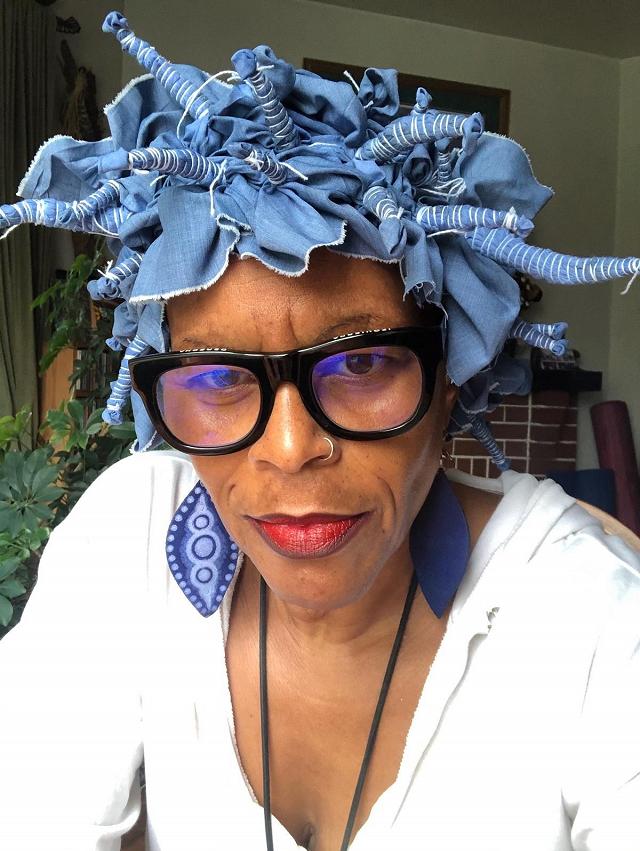 Ifé Franklin's practice involves several genres of art-making inspired by slave narratives, dreams, dance, song, and visions. Over the last decade she has been developing The Indigo Project which honors the lives and history of formerly enslaved Africans/African-Americans who labored to produce materials that generated the wealth of nations. At the center are Franklin's Ancestor Slave Cabins which often incorporate Adire fabric, an indigo-dyed cotton cloth decorated using a resist technique from the Yoruba culture. These assemblages are built in collaboration with the community and cultivate connections that promote understanding and healing form the hard history of enslavement. In 2018 Franklin published, The Slave Narrative of Willie Mae, a fictional account of her great-grandmother's escape from slavery to freedom. The work was adapted into a performance piece and short film in 2021.

Franklin's work has been exhibited at The Slave Dwellings Project in South Carolina, the North Charleston Arts Festival, and throughout the Boston area including, Medicine Wheel Productions, Villa Victoria, The Eliot School of Applied Arts, Franklin Park, and the Royall House and Slave Quarters. Her work is in the permanent collection of The Fitchburg Museum of Art, Fitchburg, MA, UMass Boston, and The National Musuem of African American History and Culture, Washington, D.C. In 2017 Franklin was awarded The Creative City Grant by the New England Foundation for the Arts. Originally from Washington, D.C., she graduated from the School of the Musuem of Fine Arts, Boston and has lived and worked in Roxbury, MA for many years.

I am gatekeeper. I am conjure/magic. I bring forth what spirit beckons.

As I move with the wind. I bow to trees and earth. I kiss the sweet waters, they in turn drench me with frequencies/coded languages that I interpret/translate and transmit into the world.

I open. I release. I breathe and hold, all the while pushing and pulling, always birthing, constantly giving/sharing life force where there was once none.

I remember the past, present, the future.

I am unbound creation.

I am an unbound artist.